Terribly sorry to not finish the Mikasa harness tutorial! 😦 I’m back in school at 29 and having some struggles with my current math class (yay PreCalc with Trig) so I have not been able to work on the harness at all.  Therefore, reveal time!

After watching Trinity Blood, I knew I had to cosplay Sister Paula.  She’s a total BAMF.  However, there are very few photos of her from the show, and her manga portrayal was even more amazing.  So, I utilized these pictures: 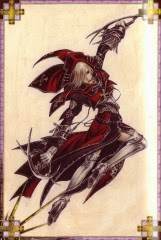 I love having tons of reference images.  If you follow me on Pinterest, you know this.  After looking at these images a lot, I sketched out my game plan. 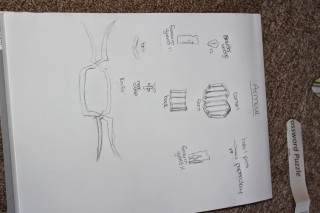 I did the corset last.  This first part will be the badges, bracers, clasps, and spiky things.  After you have a basic sketch of how your items should look, cut them out of newspaper.  Be sure to measure where necessary, such as the bracers.  Also, put the pieces onto the costume to make sure they are an appropriate size. 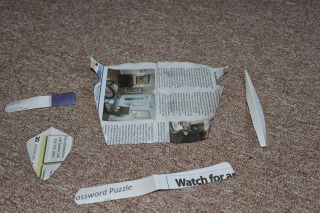 After cutting them out of newspaper and testing to make sure they work, it’s time to cut them out of foam. 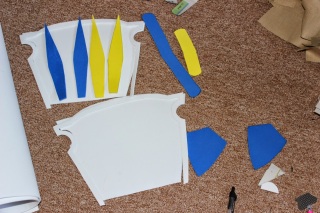 You’ll notice on the bracers an outline piece.  Basically, I cut out 4 bracers, then cut out 1/2 inch in on 2 of them, in order to give dimension and detail.  You also need crosses for some of these items.  I went to a dollar store and got a cross necklace/earrings for $1 and pushed that into foam, then cut out the imprint. 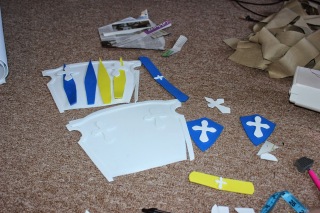 Basically, you will need 6 large crosses and 2 small ones.  Now, glue the multilayer pieces together.  I used plain elmers glue for this. 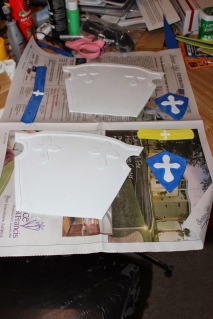 Glue fabric to the back of each piece, except the spikes. 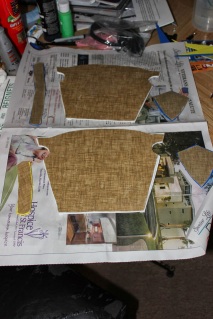 Now, it’s time for glue coats in order to seal the foam.  I use what I think is a 2:1 ratio of glue to water.  Basically, the mixture should be the consistency of coffee creamer.  Do 10 coats on everything, including spikes.  Spikes need 10 coats on each side, everything else just the side without the fabric. 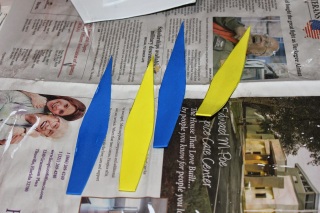 Then, prime all of your pieces.  You do not need to do the back of the pieces that have fabric.  I did one coat white plastidip, then one coat black plastidip.  I think silver looks best against a black base. 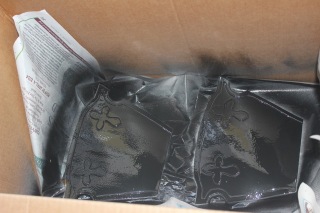 After all of the pieces have been primed, I then painted everything black.  This may not be necessary, but it helped make sure all the nooks and crannies got painted black.  I also painted the sides this way, instead of using the plastidip. 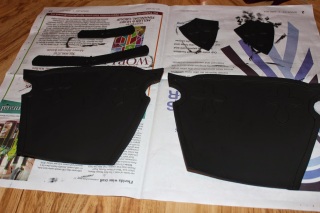 Next, you need to paint them silver.  After the not so good luck with silver spray paint (see my Carol knife), I decided to use brush acrylic.  So I got a pearl-essence white. 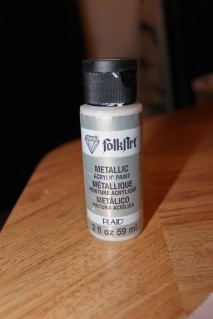 I did about 2 coats of this, then realized that in order for the brush strokes to not show, I’ll do so many coats that my armor will look white, not silver.  So, after the first two coats, I mixed a little bit of black to make a more silver color. 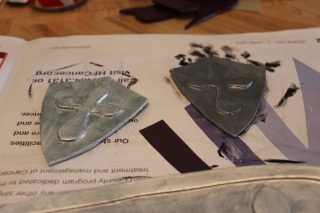 Do enough coats so that your brush strokes don’t show through.  I believe it took 5-6 coats before I was happy with it.  Once you are happy with it, it’s time to age it.  I use a dry brush method and black paint.  There are numerous ways to do this, so feel free to use what you are comfortable with.  Basically, tap your brush into black paint, then bounce on a paper towel until it’s mostly gone.  Then, brush the edges.

Continue until you have desired effect.  Now, you need to shape your bracers.  I use a hair dryer on high setting.  If you have a heat gun use that.  I’ve also heard you can throw it in the oven, but I was hesitant to try that.  Hair dryer works fine.  Heat up one of the bracers.  Once pliant, roll.  Let cool while rolled.  Repeat until desired curve achieved.  Then, once you like it, use hair ties to keep it in shape to cool over night.  You can also tie it around a circular object, it’s up to you.  Most other tutorials have you curve, then paint.  However, I found on a previous project that the curve undoes itself when you paint it, so I curve after painting. 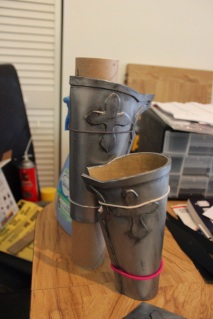 Next day:  You need to add elastic so it stays on.  I used black that way it blends in with the sleeve.  Put bracer on your arm and measure at wrist, and at highest point before the decorative curve (or where ever you want your elastic to be).  Add 1/2″ to your measurements and cut from elastic. 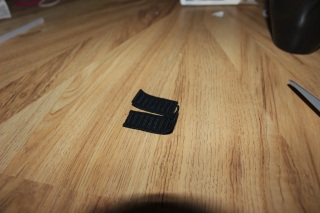 Hot glue in place.  I did one side, let set, then the other.  Make sure you utilize the hair ties while your hot glue is drying so it doesn’t just pull apart. 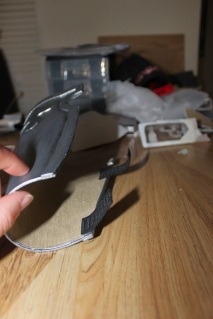 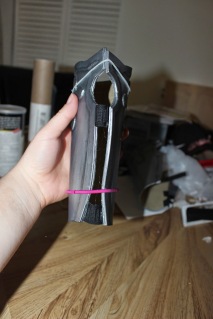 Allow ample time for hot glue to dry.  Once you’ve done both bracers and they are dry, it’s time to add spikes to the left one.  Since the bracers are identical and mirror image of itself, it doesn’t matter which one you choose to be the left.  I chose the one that I had a minor mess up on, so the spikes would cover it.  Hot glue your spikes on. 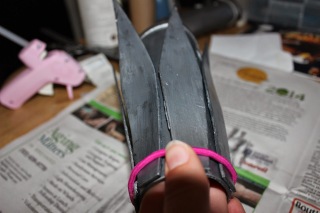 Now, hot glue, fabric glue, or sew on your badges and decorative crosses to your outfit.  I chose to hot glue, because I’ve never done this before.  However, if I feel that’s not going to hold well enough, I may go back and sew them on.

The black decorative crosses: I simply cut them out of foam, then covered in fabric.  Nothing special there.

Your neck clasp and waist buckle need to have chain added to them.  I used the necklace chain for the neck clasp.  Basically, just make a hole in near the edge, feed loop through, tighten.  Repeat on other side.  Since the necklace already came with a clasp, that’s it for the neck piece. 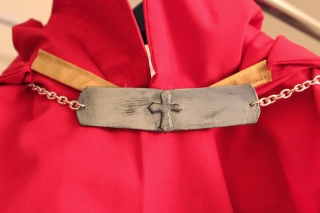 For the waist buckle, I bought chain, which came with lobster clasps.  Punch a hole in the edge of the buckle, feed a loop through and close loop.  Measure to about halfway around your waist (with costume on).  Clip there (I actually just opened a loop and pulled it off, then used the open loop on the other side).  Install lobster clasp.  Repeat on other side, but without lobster clasp.  Measure a little further than halfway around your waist, and clip any excess off.  The chain is not doubled, I simply had to wrap it around twice for it to stay on while the garment is hung up. 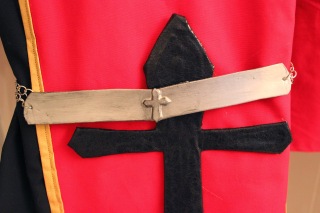 That’s it for part one.  Part two will be the corset.

Until next time, keep cosplaying!  Any questions, comments, or request, leave them below!